It has been confirmed that 10 people aboard the Diamond Princess cruise ship operated by Princess Cruises are infected with the deadly Coronavirus.

In this developing news, it has now been confirmed that a total of 10 people have been infected by the Coronavirus aboard the Diamond Princess cruise ship operated by Princess Cruises. The cruise line has stated those with the virus include two guests from Australia, three guests from Japan, three guests from Hong Kong and one guest from the United States. There is also one crew member from the Philippines with a confirmed case.

Princess Cruises went on to state that “these 10 persons, who have been notified, will be taken ashore by Japanese Coast Guard watercraft and transported to local hospitals for care by shoreside Japanese medical professionals. It has been confirmed that the ship will remain under quarantine in Yokohama. The length of the quarantine will be at least 14 days as required by the Ministry of Health.”

The vessel has already been under quarantine and anchored in Yokohama, Japan since February 3. The Diamond Princess returned to port early for the quarantine as a guest from Hong Kong who then disembarked from their cruise on January 25 was later confirmed to have the virus. This caused the health authorities in Japan to test more than 2,666 guests onboard along with crew members.

While the infected are being taken ashore for further medical treatment everyone else is remaining onboard. The cruise line is providing complimentary internet and telephone so guests can keep in touch with loved ones back home.

Diamond Princess will also be heading back out to seas to perform normal marine operations for the productions of freshwater and ballast operations. The ship will then dock in Yokohama so that supplies can be brought onboard.

As a result of these new developments, Princess Cruises has now canceled the following two sailings departing on February 4 and February 12, 2020.

As of writing this the deadly Coronavirus which is spreading across China and the world has infected more than 24,600 and killed 494. The virus first stared in the Chinese city of Wuhan in Hubei Province and the majority of the infected and deaths are in China. 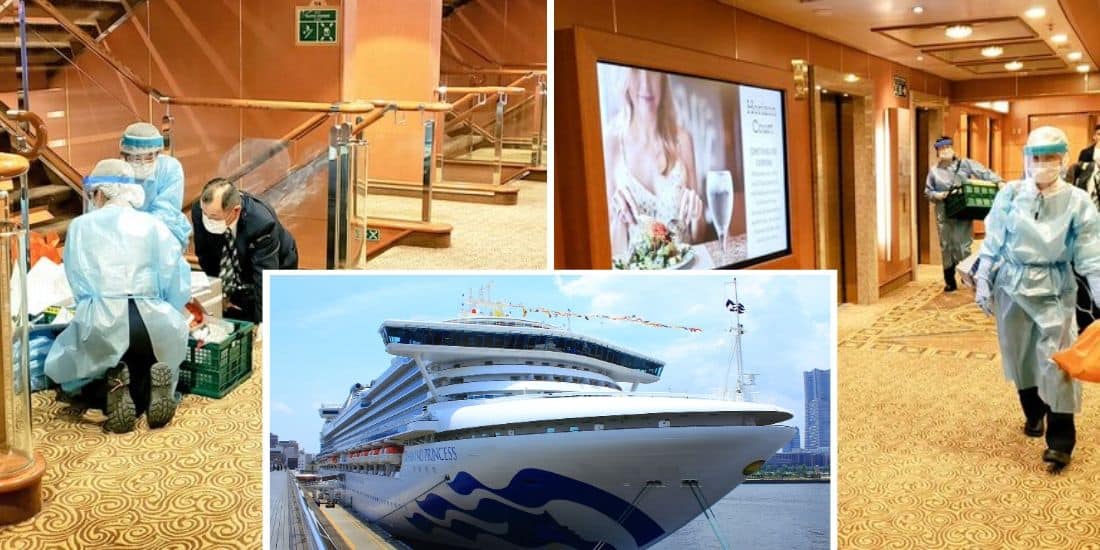