Carnival Cruise Line has launched a new eight-part video series to give a behind the scenes look at the features that will be on their new and largest cruise ship ever, Mardi Gras. 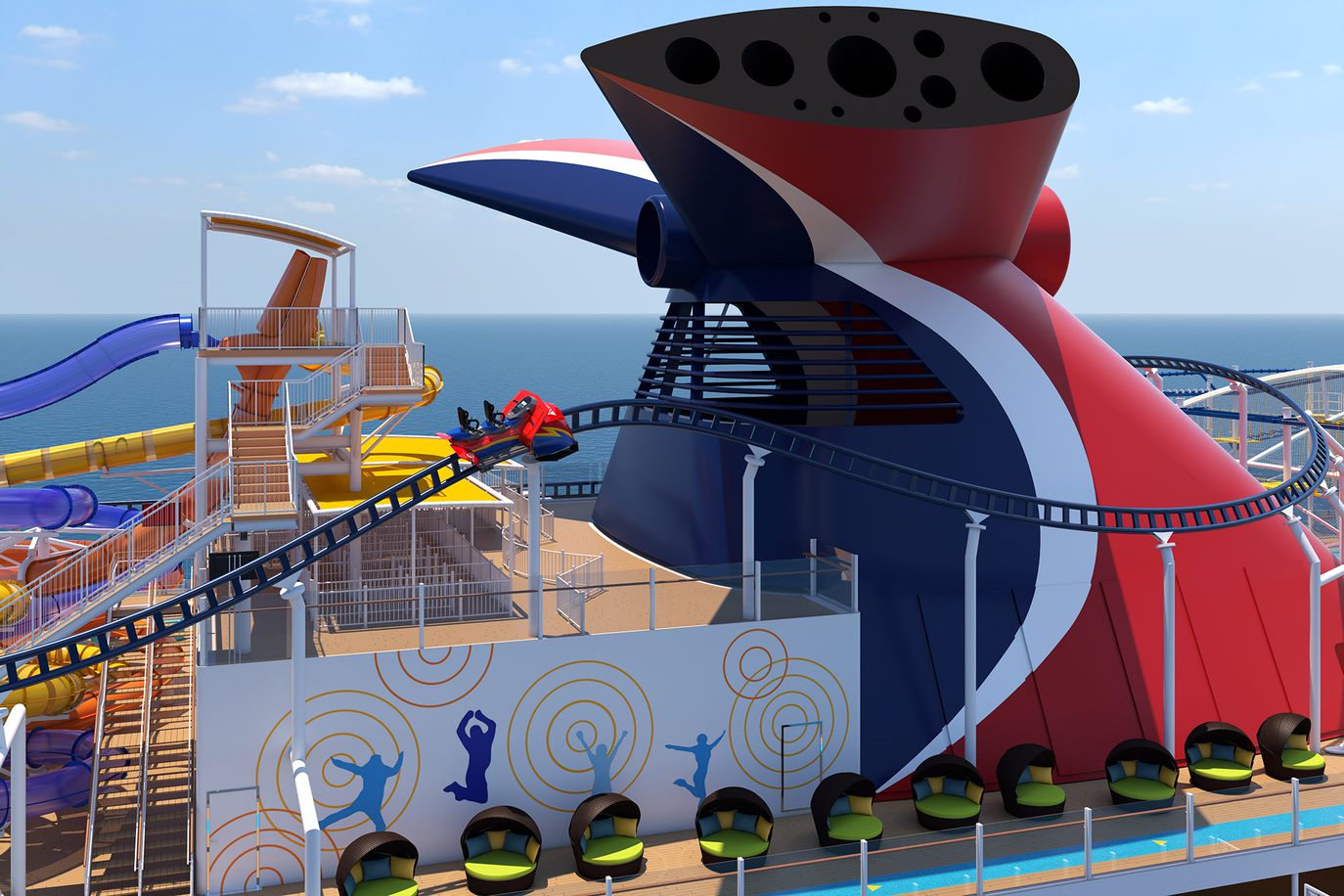 Hosted by Mardi Gras Cruise Director Matt Mitcham and Brand Ambassador John Heald, the series takes viewers on a fun-filled journey from the Finnish shipyard where the 180,000-ton cruise ship is being built to New Orleans to chat with famed chef Emeril Lagasse about his first seagoing restaurant and, of course, to the test track in Germany to get a sneak preview of BOLT, the first roller coaster at sea, before it is installed on board.

In the first episode, Mitcham and Heald take a look back at the company’s early years during a visit to Carnival’s Miami headquarters that includes a surprise cameo by Carnival Corporation & plc Chairman Micky Arison who was part of the team that started Carnival Cruise Line with the launch of the original TSS Mardi Gras, in 1972.

And much like her predecessor, the new Mardi Gras will be a game changer, introducing one-of-a-kind features and technological innovations that have never been seen before on a cruise ship while setting a new standard for seagoing vacations.

The series will be presented on all of Carnival Cruise Line social channels, including YouTube, Facebook, Twitter and Instagram with a new episode roughly every six weeks, leading up to the cruise ship’s maiden voyage in November.

Odyssey of the Seas Completes Conveyance on Ems River