The Carnival cruise ship has completed a dry dock which took place in May at the shipyard in Marseilles, France. During this time, no major features were added but the Casino was expanded with a greater variety of slot machines and other games. The WaterWorks and pool areas also got some updates.

The main focus of the upgrade was the shiny new red, white and blue livery and a much-needed fresh coat of paint. During the suspension of operations over the past year, many vessels have been looking more on the rusty side. Still, now with cruises resuming this summer, Carnival Magic is looking fresh once again.

Carnival Magic is the first ship in the fleet to follow the new livery design that Mardi Gras already features. The design follows the iconic carnival colors and the traditional navy blue colors of officer uniforms.

The livery is gradually being rolled out across the fleet, and the next ship to receive the new hull artwork will be the Carnival Glory. In fact, the Conquest-class cruise ship has already arrived at the dry dock in France and is replacing the Carnival Magic.

Carnival Cruise line ambassador John Heald posted a photo as the Carnival Glory made her way past the Carnival Magic to begin her much-awaited dry dock including the new livery:

Carnival Magic’s previously dry dock took place in 2016, and that was also just general upgrades with no major new features. The ship remains at a wet dock at the facility in Marseilles and now awaits departure.

The ship will remain on hold until November 2021, and as announced by Carnival back in January, her Norfolk cruises have been canceled. According to the Carnival site, she will begin sailings out of Port Canaveral, Florida, on November 14, 2021.

With the situation on resuming operations from the US remaining very fluid and the US Centers for Disease Control and Prevention (CDC) making updates to its Conditional Sailing Order, the ship’s return is not set in stone. For now, Carnival plans on resuming cruises with just four ships in July. In the following months, even more vessels will begin to restart cruises.

Carnival Magic joined the fleet in 2011 and is part of the Dream-class at 130,000 gross tons and a guest capacity of 3,690 at double occupancy. There is also a capacity of 1,367 international crew members. 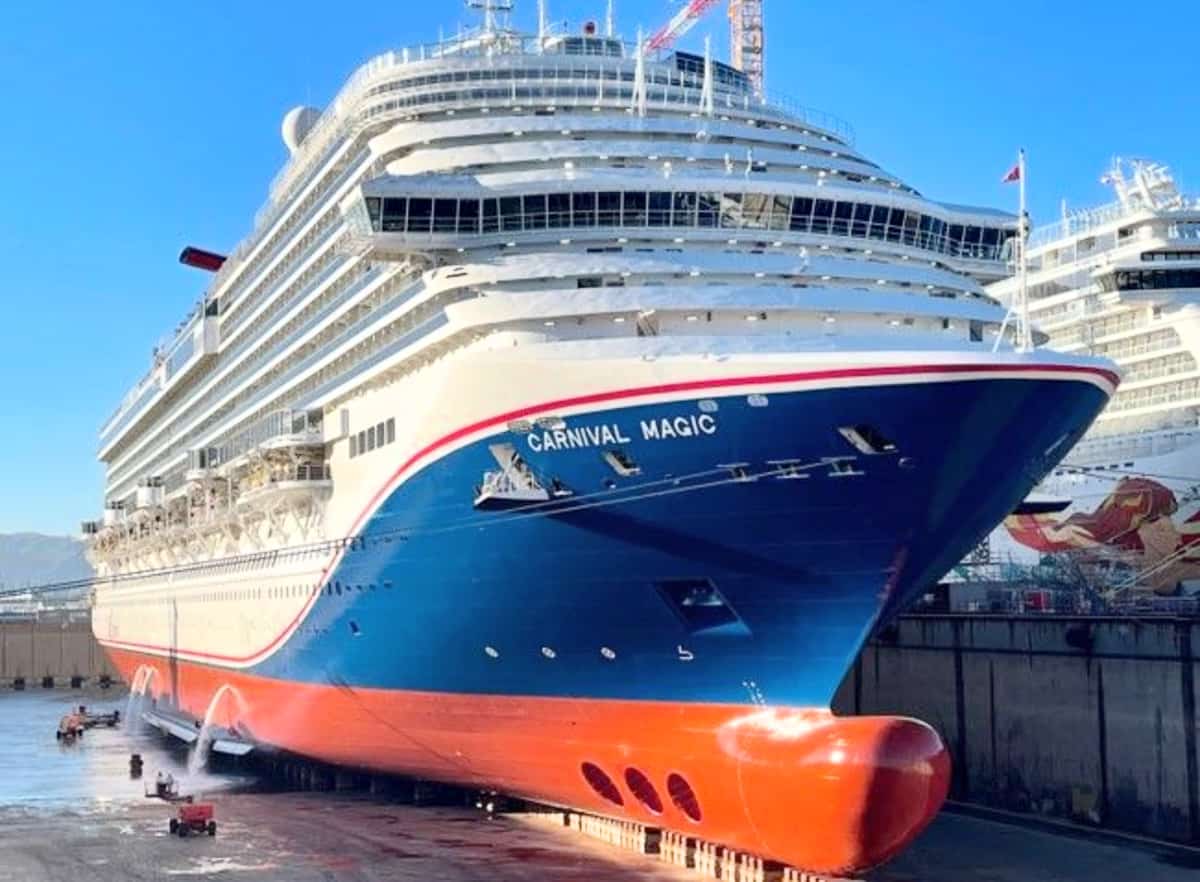