The new Mardi Gras cruise ship operated by Carnival Cruise Line has finally arrived home at Port Canaveral, Florida. After months in Europe, the first Excel-class ship in the fleet arrived at her new homeport for the very first time on Friday morning and welcomed by thousands of people at Jetty Park and the surrounding areas.

Mardi Gras arrived in Port Canaveral for the very first time on Friday morning at around 6:30 AM, following some time just off the coast along with Carnival Liberty and Carnival Freedom. It’s also the first time the ship arrived in the US.

The new vessel arrived as daylight broke and marked a major milestone not just for Carnival Cruise Line but the entire US cruise industry, which has been on pause for over a year. Mardi Gras docked at Carnival’s Terminal 3, she was followed by Carnival Liberty and Carnival Freedom into the port.

Terminal 3 is purposely built for the larger class cruise ships from Carnival. Since being completed last year, the terminal has not welcomes any passengers but hopefully with the return of cruises this summer, that will no longer be the case.

Mardi Gras’ arrival has been building up ever since it was announced that she would depart Barcelona, Spain, on May 21. She’s sailed across the Atlantic and finally arrived at the new Terminal 3 facility at Port Canaveral.

Mardi Gras is the first Carnival ship to be powered by Liquefied Natural Gas (LNG) and Port Canaveral is ready for the environmentally friendly fuel. Recently a new articulated tug and barge (ATB) arrived at the port ready for refueling operations for the LNG-powered cruise ship at Terminal 3.

The Excel-class cruise ship was constructed at the Meyer Turku shipyard in Finland and after some delays, she was finally delivered in December 2020. However, since then, the vessel has remained on hold mostly in Barcelona until the cruise line was ready to bring her home to the US.

The ship is 180,800 gross tons and with a guest capacity of 5,282 at double occupancy along with 1,735 international crew members.

While the Mardi Gras is in Port Canaveral, more crew members will begin to join the vessel in preparation for restarting operations. They will be trained on the new class ship, including any new health procedures.

According to itinerary information, the ship will begin cruises on July 31, starting with a seven-day eastern Caribbean cruise, including a call to Puerto Rico, Dominican Republic, and Grand Turk. It is important to know that dates and itineraries could be altered due to the fluid situation of resuming operations. 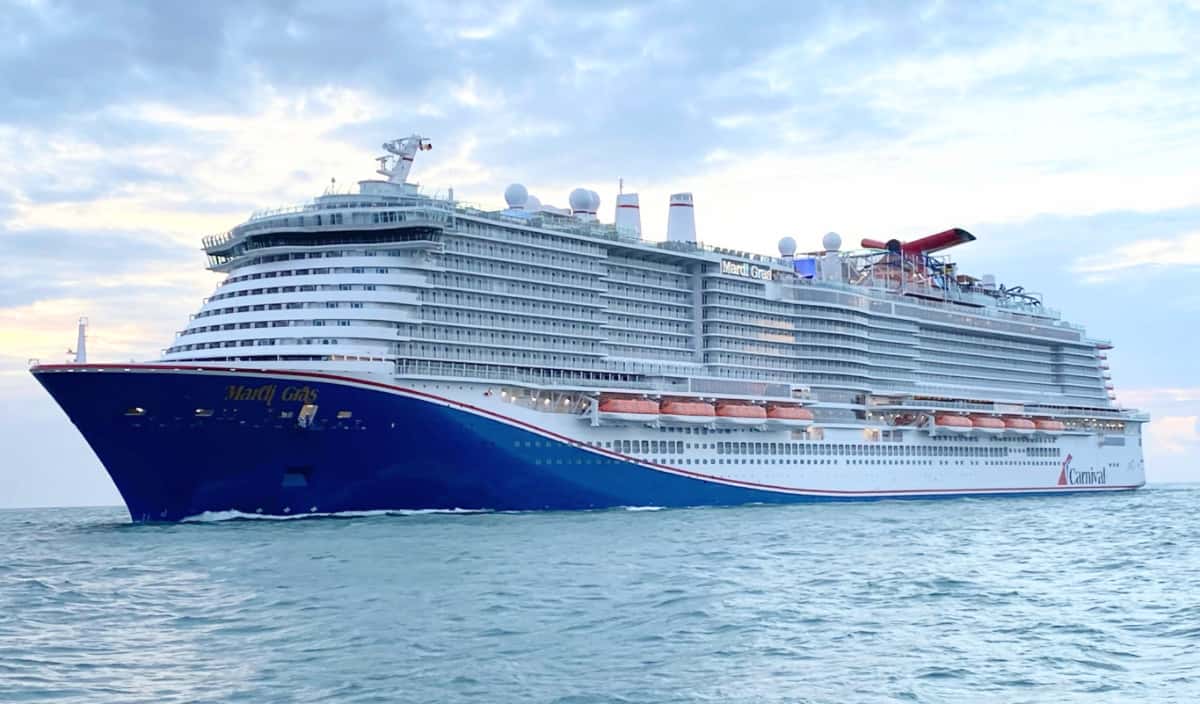