It’s been a busy week of cruise news and somewhere in all that bad and sad news coverage, there have been some good things to look forward to later in the year.

We’re here once again to make sure you’re all updated on some of the most impactful cruise headlines of the week. We’ll go into the further cancellations by some of the major cruise lines, there’s been a fair amount of sad news about cruise ships being scrapped, Royal Caribbean to homeport from Barbados for the first, and more.

Costa Toscana Floats Out at Shipyard

The float-out ceremony was held for the Costa Toscana cruise ship on Friday morning at the Meyer Turku shipyard in Finland. This is a major milestone for the vessel and Costa Cruises as the ship touched the water for the first time. The basin was flooded under cold temperatures, and the ship will remain floated until she is delivered in December 2021.

The shipyard released new photos of the Costa Toscana float out. Even during the icy conditions. You can take a look at the photos over on cruisehive.com.

Once completed, Costa Toscana will be an impressive 185,000 gross tons with a maximum guest capacity of 6,730. She will be in the top 10 largest cruise ships in the world.

As the new round of cancellations continues to be announced from major cruise lines around the world, Royal Caribbean has now joined the list. The cruise has extended its suspension in the U.S. through April 30, 2021, with the first sailings from the country now planned for May.

The cruise line was previously planning on returning in March but now that won’t be the case. Spectrum of the Seas sailings are canceled through February 28. And the new update excludes Quantum of the Seas as that ship has already resumed operations with cruises to nowhere out of Singapore.

MSC Cruises has become another major cruise line that’s decided to extend its suspension on U.S. operations. The cruise line is now aiming to resume cruises from April 2021.

The further setback impacts four MSC cruise ships that were set to sail out of two popular Florida homeports. MSC Seaside and MSC Divina sailings out of Port Canaveral are now canceled, along with cruises for MSC Meraviglia and MSC Armonia out of PortMiami.

There will now be many guests disappointed by the further cancellations, but it doesn’t come as a surprise during these difficult times. Those who have already paid their booking in full will be offered a 125 percent future cruise credit (FCC). Guests can choose to transfer their booking to any future sailing through April 30, 2022.

Guests who no longer want to take a cruise with MSC in the future can also request a full refund.

Grandeur of the Seas to Sail from Barbados

Royal Caribbean has announced that Grandeur of the Seas will make a comeback and be deployed out of Barbados. The island nation will become a new homeport for the cruise line and itineraries will include three new ports of call.

The Royal Caribbean cruise ship will begin sailing from Bridgetown, Barbados in December 2021 for the winter season. The ship will make calls at Tobago, Trinidad, and St. Vincent for the first time which is part of an enticing Caribbean offering.

Related: Things to Do in Barbados for Cruise Visitors

We’ve got all the details on all the itineraries for Grandeur of the Seas out of Barbados over on cruisehive.com

The Iconic MS Marco Polo vessel has reached the end and completed her final journey at the ship-breaking facility in Alang, India. We already knew she was to be scrapped but now that’s become a reality after photos show her beached ready for scrapping.

We first reported that the ship was set to be scrapped earlier in January. She had already set a course for the ship-breaking facility on January 4 and arrived off the coast of Alang on January 6.

Just like many other older cruise ships, she became a victim of the global pandemic and the suspension of operations. The 55-year-old vessel was previously part of the Cruise & Maritime Voyages (CMV) fleet but unfortunately, the British cruise line went into administration in Summer 2020 and the fleet went up for auction.

Marco Polo was auctioned off by CW Kellock & Co. There was hope she would sail for Offshore Solutions Unlimited but has since been removed from their web site and beached. Four other former CMV vessels were also put up for auction and have now been sold to another line or for scrap.

Grand Celebration has been beached at the shipbreaking yard in Alang, India. While we reported already in November this might be coming, the vessel was seen on Thursday morning beached ready for scrapping.

A fan favorite for short breaks to the Bahamas from Florida, the vessel had been sailing for Bahamas Paradise Cruise Line since 2014. As early as September 2020 the cruise line announced that the vessel would return to sailing on November 4, 2020. While that date never happened due to the CDC’s no-sail-order, it is staggering to think how fast these things can change.

Over on cruisehive.com we also reported yesterday that her sister ship and the first in the class formerly named Holiday could also be heading for the scrapyard. You can read that article on the site and all the latest developments on which cruise ships are being sold and scrapped.

The former Costa cruise ship Costa Victoria that was set to become accommodation for workers is now heading for the scrapyard in Turkey.

Costa Cruises and Carnival Corporation had sold the vessel in the summer of 2020. There were some doubts about whether the ship would be scrapped, where it would be scrapped, and if she would become a hotel ship. Scrapping is the preferred choice it now seems.

Costa Victoria was handed over to Costa Cruises in July 1996. The ship was built to carry 2,394 passengers, is 252 meters long, and weighs 75,166 gross tons. It is currently not known when she will be beached.

Those are just some of the biggest stories from the week. It was a busy week of cruise news and you can check everything out over on the web site including another Holiday-class ship possibly being scrapped, Marella Cruises extends suspension, construction begins on Carnival’s next mega-ship, Virgin Voyages new Terminal V breaks ground at PortMiami, More ships being offloaded by Carnival, where Carnival Corp stands on resuming cruises and a lot more.

You can also catch-up on last week’s cruise news update. 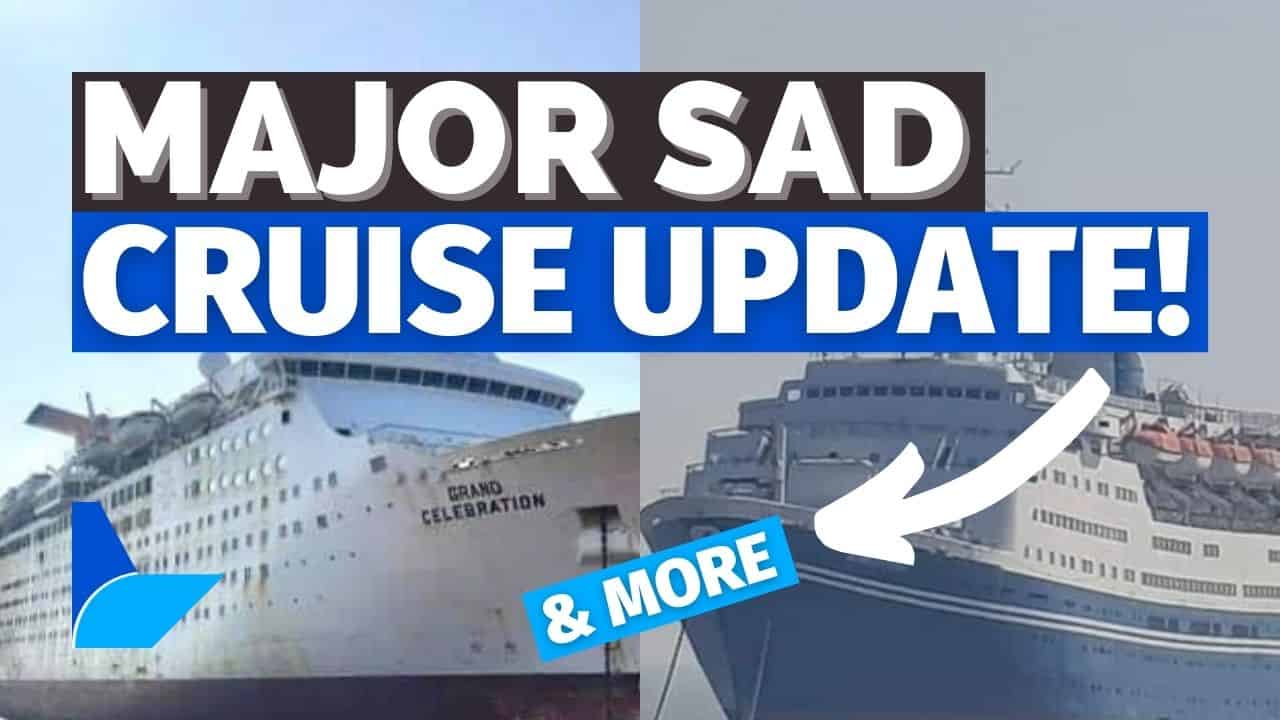