A relatively small cluster of COVID-19 cases onboard Mein Schiff 2 was swiftly dealt with by both the vessel and the Spanish authorities. TUI-Cruises’ Mein Schiff 2 was sailing on its ongoing voyages to the Canary Islands when the cruise line identified four guests infected with the virus.

The cruise line has managed to keep the cluster contained to just four guests who tested positive by the end of the voyage, while the other 996 guests, and 800 crew members, all tested negative.

The extensive health and hygiene concept of TUI Cruises proves itself once again: As part of a test, four of the approximately 1,000 guests on board the Mein Schiff 2 tested positive for COVID-19 at the end of the previous trip. The tests of all other guests were negative. The entire crew was also tested negative afterwards.

The onboard measures taken by the company, in which Royal Caribbean has a stake, proved to be an effective measure against further spreading the virus on board.

After testing positive, the four guests have immediately isolated onboard the vessel, and the cruise line later disembarked the guests in Gran Canaria, where the cruise line moved them into a quarantine accommodation. All four guests are doing well and have only mild or no symptoms; TUI Cruises monitor these guests during their quarantine period.

The German-based cruise line went on to state:

In accordance with the processes established with the Spanish authorities, the four guests and other negatively tested guests (identified as contact group 1) were immediately isolated on board and moved to a quarantine accommodation in Gran Canaria last Friday in compliance with all security measures, where they will continue to be looked after by TUI Cruises.

Mein Schiff’s embarkation procedures are extensive. Guests are required to undergo a PCR-RT test, paid for by TUI, 24-72 hours before the start of the voyage. From the moment the guests arrive at the airport for departure by chartered airplane, they are effectively in a bubble which they do not leave until arriving back in Germany.

Although the cruise line identified the guests infected with the virus, it could well be that they caught this after the PCR test. The fact that the infections were found and dealt with onboard speaks for the well-functioning procedures the line has implemented.

All other guests returned home on Friday, February 5, as initially scheduled. The voyage was not delayed, and there were no issues for the next journey.

After the guests’ departure, all areas of the ship were routinely disinfected, among other things, with the help of electric spray machines, and only released after the prescribed exposure time. There was no cause for concern for the arriving guests, and cruises continued as planned.

Mein Schiff will continue to sail as they have been doing since July 2020. The line has carried up to 60,000 guests so far, while this has been the first time the cruise line found guests infected with the virus.

Mein Schiff 2 will continue her sailings around the Canary Islands. The well-managed situation on board the vessel has been an example that other cruise lines will be investigating. The fact that the news comes out one week after the events happened speaks volumes about the sensationalist media reports that occurred in Singapore late last year.

The reality is that there will be cases happening onboard the ships when they sail. As TUI Cruises has shown, with almost 60,000 passengers and only four infections, cruising is an inherently safe activity, provided the necessary measures have been taken and implemented.

It shows that the Media is ever so fast to create a frenzy when the ships involved are a sizeable US-based company, Royal Caribbean. Yet, when the ships are a German-speaking company (part-owned by Royal Caribbean), the Media remains quiet. Therefore, the so-called petri dish culture onboard cruise ships seems to be nothing more than a media-induced hype.

We can only congratulate Mein Schiff’s crew and officers, as well as the Spanish authorities, on dealing with the situation quickly and efficiently while showing the world that cruising can indeed happen safely and securely. 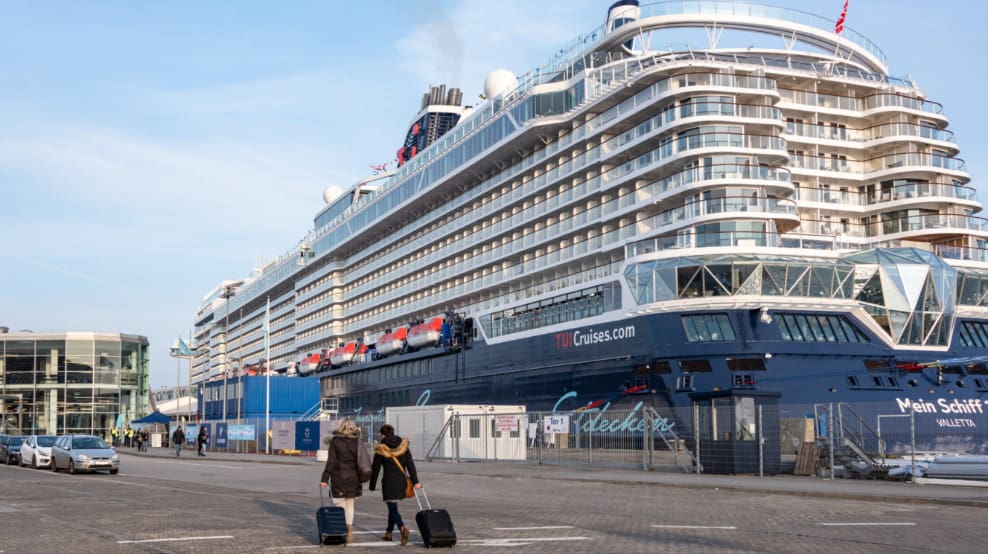