In the last few months, the European cruise lines have been surprisingly successful with sailings in Italy, Germany, Greece, and the Canary Islands.

Cruises have sailed without incident, and for the most part, there have been little to no Corona infections on board. Feedback from guests on the procedures and regulations has been overwhelmingly positive.

While a blueprint is a great principle to have, there are significant differences between Europe’s various cruise lines and how they operate. Not only that, there will be significant demands from the CDC which will differ from how the European brands operate.

That being said, what are the best practices that cruise lines can take from European cruises?

MSC Cruises and Costa Cruises both sail with around 70% occupancy on their voyages. AIDA was doing about the same for the two voyages that they managed, while the line which started first in Europe, TUI Cruises’ Mein Schiff, sails with 50% occupancy.

The 50% occupancy from Mein Schiff is significant. It allows the crew onboard to focus on cleaning public areas and lounges on turnaround days. This means the ship will be significantly cleaner when guests come onboard, as the crew is not focussed solely on rushing to get cabins cleaned on time for the next batch of guests.

All cruise lines will be requiring a negative COVID test before boarding the ship. And while the CDC has taken a strict stance on this, Europe has been slightly more relaxed on this issue.

MSC and Costa cruises have been doing the same as required on ships sailing from the U.S.- Requiring a guest to pass a swab test before boarding the ship. The German vessels have been doing it slightly differently.

Passengers that sail from Germany take a rapid antigen test before boarding at the terminal and complete a health questionnaire. If they come from any area with increased cases, they will not board the ship.

While rapid tests are becoming more widespread, the reliability is being questioned. Therefore U.S. ships will likely stick with the full swab test before voyages leaving from the U.S. ports.

How do we go back to international cruising?

Here we go back to TUI again and how they handle international travel.

Passengers that take a cruise from either Greece or the Canary Islands will need to take a PCR test in advance. They can do this free of charge at a hospital chain, which works with TUI. Guests can also take a test with their private doctors.

Test results are subsequently shared with TUI Cruises, which shares the results with its airport staff. If guests are positive, they will be denied boarding. Negative passengers will then fly on a charter aircraft to their turnaround port.

In effect,  guests are in a TUI “bubble” from the moment they step onboard the plane, while cruising aboard their ship, and during any shore excursions.

This could be a solution for smaller cruise lines that sail with specific demographics, expedition cruises with 100-200 passengers, and smaller luxury lines.

The cruise lines could collect everyone in a hotel or airline lounge, have everyone tested, guests can step into a bubble and not come out of that bubble until they return from their cruise.

While 1,500 guests mean 3-4 charter flights, which are entirely do-able for a company like TUI, which also owns its own planes, for ships carrying 4000-5000 guests from all over the world, it might be more of an issue.

Do keep in mind that the chances of seeing international cruises with large ships without a vaccine on the market look slim right now. 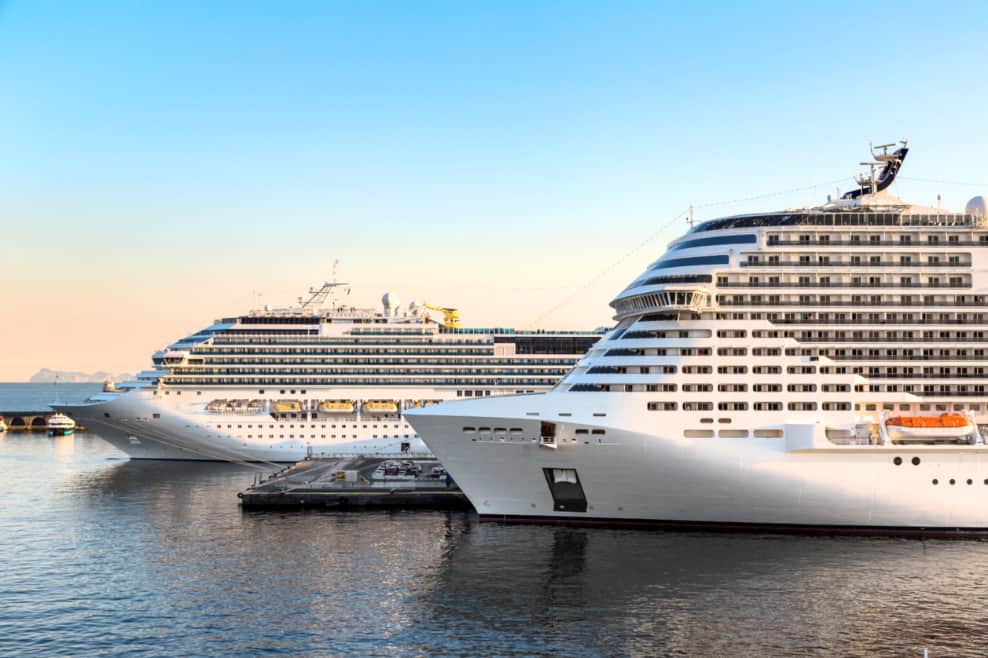