Are you thinking about that cruise in the Caribbean this spring or summer? According to financial analysts at Truist Financial, this is unlikely to happen.

Due to the slower-than-expected US roll-out of Covid vaccines, a surge in cases, and a demanding conditional order from the Centers for Disease and Prevention to restart sailings, any cruises departing from the US could be pushed back to July or even later.

The Second Half of 2021 Under The Best of Circumstances

That’s what Patrick Scholes, a Wall Street financial analyst at Truist Finacial, thinks is the earliest date we could potentially see cruises leaving from the US, according to Barrons.

While the forecasts were optimistic throughout the end of 2020, various reasons are causing projections to move towards the second part of 2021 at best. Scholes said:

“The sentiment for 2021 has now changed to It’s possible 2021 will not be a return to (revenue) sailings in North America.” He added: ”While cruise bookings are exceeding cancellations, we now see July as the best-case scenario for a restart, though the fourth quarter is more likely.”

This scenario can hardly be called a surprise anymore. The sharp rise of COVID-19 cases, delayed vaccine distribution, and the CDC, which has not provided the cruise lines with follow-up on the conditional order, is causing cruise lines to be cautious at best with scheduling.

The three largest cruise operators have all canceled their voyages until May 2021. Royal Caribbean does have one vessel sailing in Singapore, yet cruises in Europe have almost entirely come to a standstill with only a handful of ships sailing. Is a cruise from the US on May 1 optimistic? It certainly seems so.

The CDC has authorized a phased-in return to sailing, yet with the preparations, the cruise line will need to do before they are allowed to sail, July indeed seems like the best possible scenario.

These include test cruises, 100% testing, and likely vaccinations for all crew members, while there is a large amount of uncertainty whether cruise lines or even the CDC will require guest vaccinations as well.

Also Read: How Important a Vaccine Could Be for Cruises in 2021

Not only that, the cruise lines will need to implement a large amount of onboard and shoreside procedures on which crew members will need to be trained fully. According to Scholes, the CDC’s guidelines might prove insurmountable:

“As we noted previously, there is concern amongst travel executives who believe that the recent CDC phased return to cruise is really a de facto no-sail order, the concern is that the CDC’s hurdles are so high that it will make it extremely difficult for the cruise lines to sail with paid customers.”

Whether cruise lines will be able to survive financially is one that has been on the mind of many. It has been more than 12 months for many ships since they’ve last set sail with guests; by July, this will be the majority of cruise ships worldwide.

Worth Reading: Where the Three Major Cruise Lines Stand on Vaccine Requirements

While bookings numbers have been mostly positive and, in some cases, even exceeding historical numbers, the question is how far cruise lines can stretch their cash. According to CEO Arnold Donald, postponements until July will not be a problem for Carnival Corporation, and likely neither for other major cruise companies like Norwegian, MSC, and Royal Caribbean.

Whether or not the financial analysts are right or wrong, what is certain is that the long wait is not over yet. Many hurdles will need to be taken before a return of cruising can be expected.

The wait is now for the roll-out of vaccines, not only in the United States but worldwide, and the CDC’s expectations to become clear. When this is happening is anyone’s guess right now. 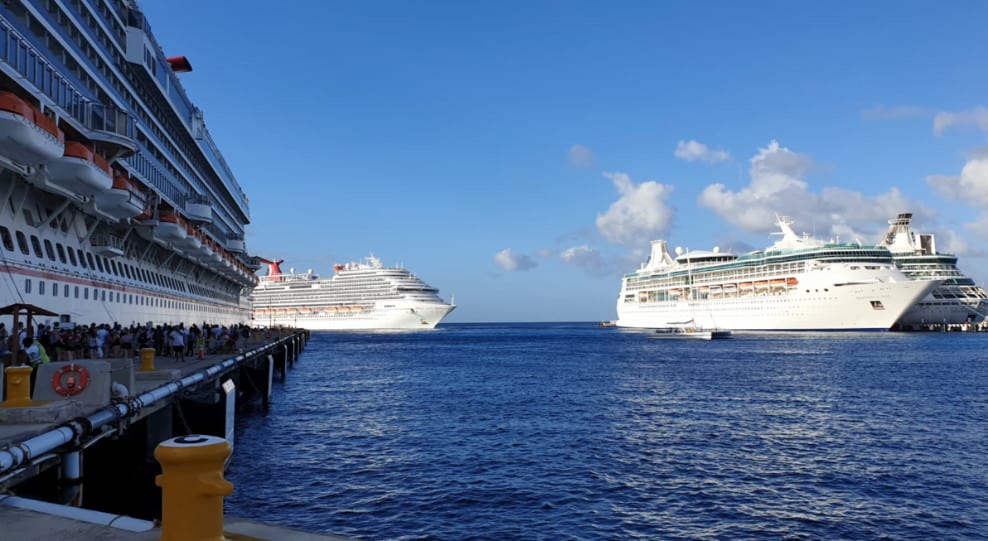