The ship arrived in the port of Pireaus, Greece, on Monday, February 1. Rumors were that both Empress and Majesty had been sold off to an undisclosed buyer in India.

Now it seems the Majesty of the Seas has been registered to an outfit called Saturn Oceanway Inc., with Campbell Cruise & Yacht Management Ltd listed as the vessel manager. Not only that, the name of the ship has been changed to Majesty.

Despite all the rumors that have been going around, a Greek shipping website reports that it has been confirmed the Greek operator SeaJets has bought the vessel. And this could be bad news for the former Majesty of the Seas.

Did Seajets Buy Majesty of the Seas?

SeaJets is a ferry operator from Greece that has been extraordinarily active in the cruise market of late. The company traditionally operates only high-speed ferries and RORO vessels around the Greek Islands. However, in the last year, they have purchased six different vessels:

The company had also purchased former CMV vessel Magellan, which was scrapped last week at the shipbreaking yard in Alang, India.

With the ship docked in Pireaus next to former Costa neoRomantica, which belongs to Celestyal Cruises as the Experience, and Pacific Aria, which was also sold to Seajets recently, it seems the vessel would be in the process of changing ownership to the Greek outfit.

The question is what SeaJets is planning to do with all these cruise ships. SeaJets CEO Marios Iliopoulos has been quiet on the subject since the company started buying cruise ships and has not disclosed what the company plans on doing in the future.

The likely reason for the company to buy these vessels is that the company is looking to quickly charter, sell or scrap the ships. While chartering ships out or selling them further is a likely option, depending on the market conditions and price of scrap metals, scrapping a ship could be a highly profitable business as well.

A Riddle Wrapped In a Mystery Inside an Enigma

Majesty of the Seas was a part of the Sovereign Class of ships operated by Royal Caribbean. Of which, Sovereign of the Seas and Monarch of the Seas were also part of. And these two vessels are currently being scrapped in Turkey.

So far SeaJets has not said anything about the purchase of the vessel. Saturn Oceanway Inc. and Campbell Cruise & Yacht Management Ltd do not appear to have any links with SeaJets. Further, the other SeaJets ships are managed by Optimum Ship Management Services, the same company that manages the Celestyal fleet.

Empress of the Seas is also listed with Campbell Cruise & Yacht Management Ltd. as the ship’s manager. Which makes it entirely likely the vessel would be heading to Cordelia Cruises. As usual, the shipping industry is a riddle wrapped in a mystery inside an enigma.

Majesty of the Seas Stats

Majesty of the Seas was built by the French Chantiers de l’Atlantique shipyards in Saint-Nazaire in 1992. The 73,941 gross tons vessel was one of the largest vessels ever built at her launch, with a passenger capacity of 2,767 and 833 crew members. 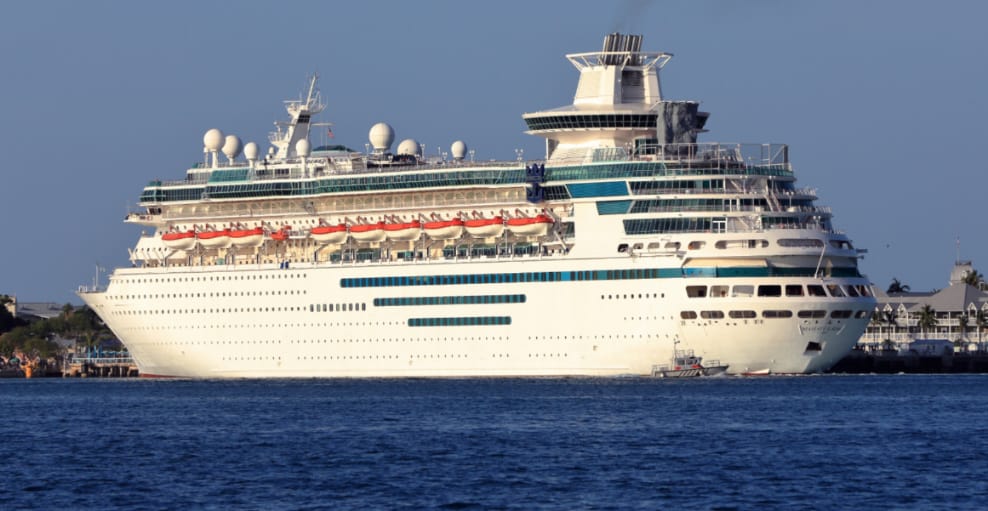