The Iconic MS Marco Polo vessel has reached the end and completed her final journey today at the ship-breaking facility in Alang, India. We already knew she was to be scrapped but now that’s become a reality after photos show her beached ready for scrapping.

The vessel which was once a popular ocean liner recently arrived off the coast of Alang, India, and in the early hours of this morning, and was finally beached. The ship will not sail again and over the coming months will be scrapped.

Cruise Hive first reported that the ship was set to be scrapped earlier in January. She had already set a course for the ship-breaking facility on January 4 and was scheduled to arrive on January 6.

Usually, in these cases, a ship that’s set to be scrapped will remain just off the coast for up to several days to prepare for a safe beaching. Once a ship is beached it doesn’t take long until the first pieces start getting cut and it usually begins from the bow.

Why Was MS Marco Polo Scrapped?

Just like many other older cruise ships, she became a victim of the global pandemic and the suspension of operations. The 55-year-old vessel was previously part of the Cruise & Maritime Voyages (CMV) fleet but unfortunately, the British cruise line went into administration in Summer 2020 and the fleet went up for auction.

Related: Largest Cruise Line So Far Closes Down Due to the Suspension of Operations

It was hoped the cruise line would be saved with a last-ditch effort and to save around 4,000 employees. A deal never got agreed. The cruise operator also suffered after authorities in the UK detained five CMV vessels due to issues with crew member contracts. Crew members were apparently not paid for over 12 months.

Marco Polo was auctioned off by CW Kellock & Co for $2,770,000. There was hope she would sail for Offshore Solutions Unlimited but sadly since been removed from their web site and beached. Four other former CMV vessels were also put up for auction and have now been sold to another line or for scrap.

The cruise industry has been hit hard by the global pandemic and every cruise line has suffered including the giants such as Carnival and Royal Caribbean. Just today, we also reported on the former Carnival Cruise Ship Celebration that was also beached in Alang, India.

Also Read: Which Cruise Ships are Being Scrapped or Sold Due to the COVID-19 Pandemic?

Just days ago it was also reported that Costa Victoria is heading to be scrapped at the Aliaga facility in Turkey. She will join three Fantasy-class vessels that were once part of Carnival Cruise Line and two former Royal Caribbean ships that were scrapped after Pullmantur went out of business.

There is no doubt we’re going to see more cruise ships head to the scrapyard especially with cruise line extending their pause on operations much further in 2021. 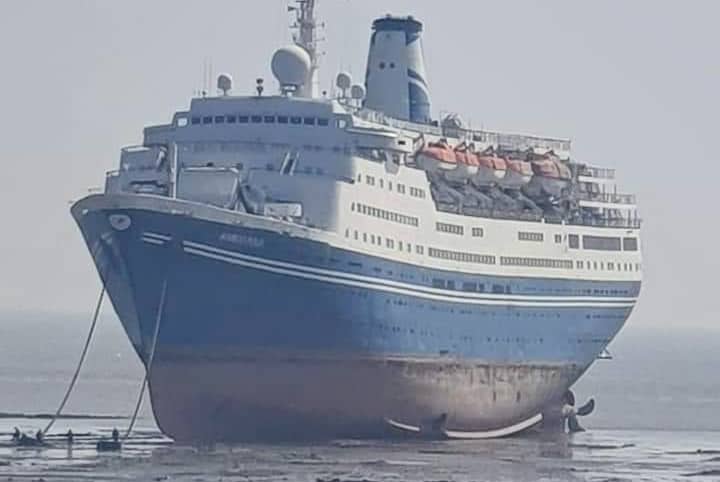