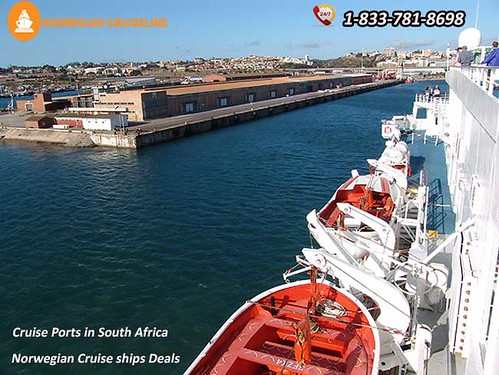 As one of the most popular tourist destinations in the world, New York is a sought after vacation spot in its own right. In recent years, however, cruise lines have discovered the benefits – for their guests and themselves – of calling New York home.

Norwegian Cruise Line was one of the first cruise lines to temporarily homeport a ship (the Norwegian Dawn) in New York during winter. According to Andy Stuart, Norwegian Cruise Line’s Executive Vice President of Marketing, Sales and Passenger Services, docking in New York started as a result of travel agent requests. What was then considered a wild card location soon became the permanent residence of the Dawn in 2003. What has resulted is a small fleet of ships from varying cruise lines that have chosen to move several of their vessels further up the Eastern Seaboard.

The Queen Mary 2 followed suit when it named New York as homeport on April 22, 2004. This distinctive vessel was received amid a huge fanfare including a Mayoral welcome complete with a U.S. Coastguard and Fire Department of New York escort. Bands, dignitaries and hordes of people attended the festivities.

Holland America has announced New York to be the homeport of its cruise ship, the Noordam, which will take up residence February 22, 2006. Norwegian moved the Spirit from Florida to her new home in New York, making a total of two year-round vessels in that port. Most recently, however, Princess Cruise Line joined the lineup with the positioning of their newest fleet member, Crown Princess, in New York starting June 14, 2006. But why move? And why to New York?

Ports in Florida have become almost full while cruise lines are continuing to build ships to add to their fleets. This supply and demand dilemma has all but forced cruise lines to look for alternative avenues of serving guests while maintaining costs. At the same time, cruise lines need to be able to continue providing viable access for vacationers to the most popular ports of call. Because of New York’s central location and popularity, it offers local attractions equal to or better than those of Florida. With three airports – JFK, LaGuardia and Newark Liberty International – New York also provides more accessible travel accommodations for those flying in to meet their ship.

Vacationers benefit with exciting pre- or post-cruise holidays in a town that literally offers everything imaginable. From five-star, celebrity-owned restaurants to entertainment that sets a worldwide standard to a shopping experience unmatched in any other city, New York has a heavy draw with cruisers. Plus the presence of nearby hotels that fit every budget makes finding and booking accommodations simple.

Cruise lines appreciate the fact that they can now offer departures from a second desirable location. Plus, because of New York’s proximity, cruise lines are still able to offer competitively priced packages to the most popular destinations including the Caribbean and Mexico while, at the same time, offering added flexibility for their guests.