Princess Cruises which is a major cruise line that operates in Alaska and out of Canada has finally made some decisions. The cruise line has now canceled select cruises to Alaska, Canada & New England, and the Pacific Coast. The announcement comes after Canada banned cruise ships for one year.

Princess Cruises has now announced more cancellations as a result of the Canadian Transport Ministry’s decision to ban cruise ships in its waters for one year. The Carnival-owned cruise line has cancelled select sailings which include the following:

“We share in our guests’ disappointment over these cancelled voyages especially as we have been preparing our ships for our return to service.”

“Princess Cruises has sailed to Alaska for more than 50 years and the incredible Last Frontier is part of our proud heritage. We understand, how much of Alaska is dependent on the cruise economy. We are going to do all we can to help our business partners and the communities of Alaska.”

Princess is actually engaged with authorities in the United States and Canada to see if any Alaska and Canada & New England sailings can be saved so there could be further details still to come.

For now, Princess has committed to options on land with the Kenai Princess Wilderness Lodge and the McKinley Chalet Resort in Denali as well as the Westmark Fairbanks Hotel during the summer. We can expect an announcement soon on new land packages which the cruise line is currently working on.

Also Read: Why Are Cruises Still Being Canceled?

Those who are impacted by the select cancellations are being offered options from the cruise line. Those who have already paid their booking in full will automatically be rebooked to the same cruise or cruisetour in 2022.

Guests don’t need to take any action if they are happy with the rebooking. Once the rebooking is completed guests can choose an alternative option in the form of a 100% Future Cruise Credit (FCC) plus an additional bonus credit depending on the cruise fare paid.

it is important to know that the future cruise credits can be used on sailings that depart by December 31, 2022. Of course, a full refund can be requested if a cruise vacation with Princess is no longer wanted.

It Was a Matter of Time

With Canada making its shock announcement on banning ships until the end of February it was just a matter of time until cruise lines started to cancel sailings. Cruise lines are trying to save what’s left of the Alaska season and Royal Caribbean has already announced that it is not yet canceling its sailings.

However, due to the Passenger Vessel Services Act, it’s very hard to impossible on getting around many of the cruises that depart the United States. We’re going to have to hope that something can be resolved temporarily with the governments.

Princess Cruises has already suspended operations in Australia and New Zeeland through May 31, 2021, along with most global operations through May 14, 2021. 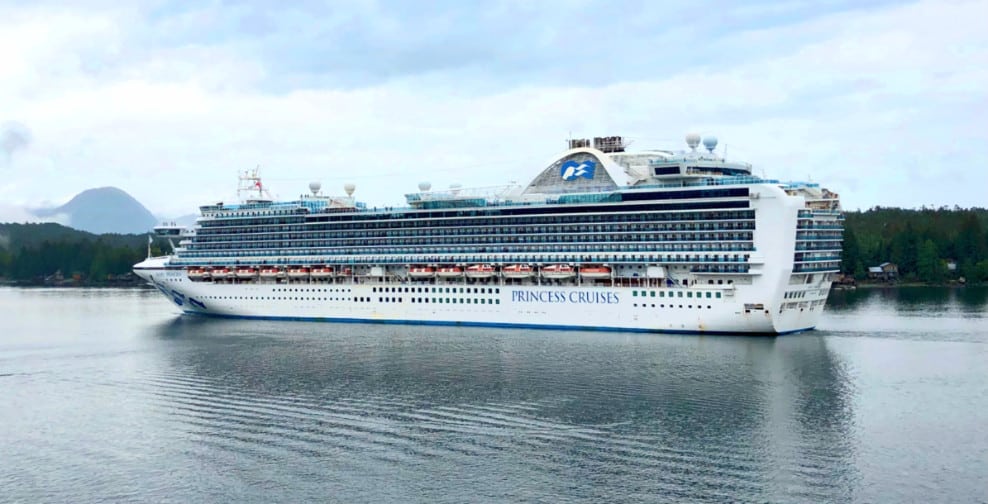