Princess Cruises christened their newest cruise ship, Sky Princess, this weekend celebrating the pioneering women of the U.S. Space Program who represent crowning achievements in science, research and technology through innovation and their desire to explore the far reaches of the sky. 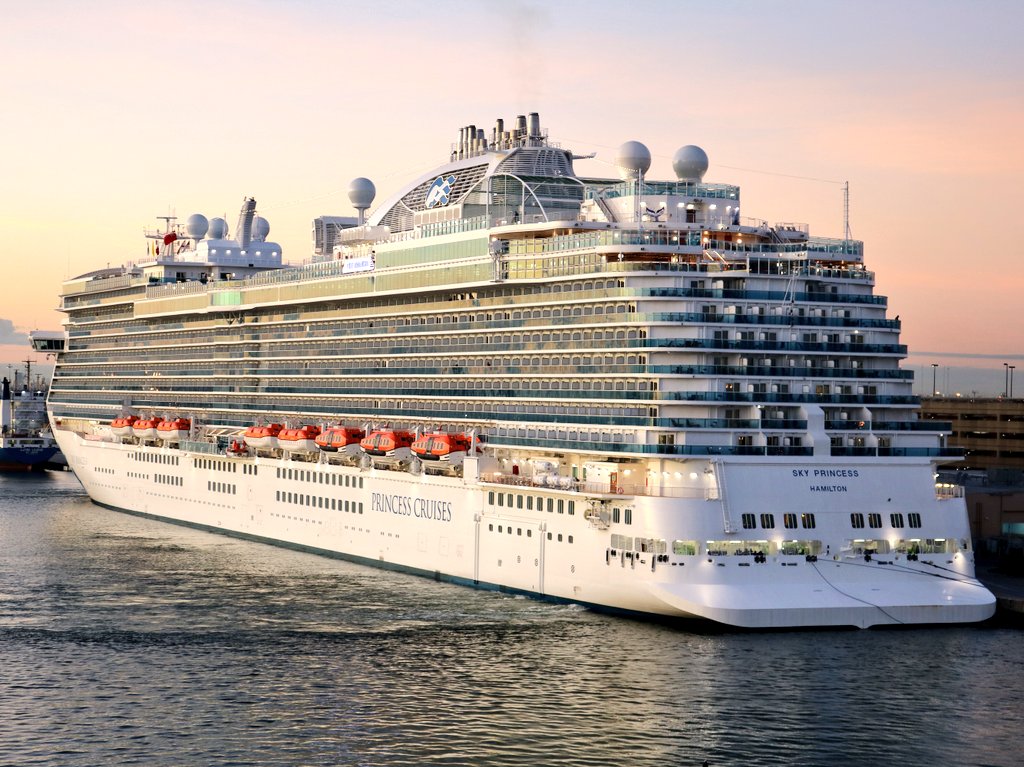 Princess Cruises chose the theme of Reach for the Sky for the occasion, and honored two women of NASA for their achievements in the U.S. space program: Captain Kay Hire, and engineer Poppy Northcutt, who served as the godmothers of Sky Princess.

Captain Hire began her 30-year NASA career as a mechanical systems engineer, helping to launch more than 40 space missions. Then, as an astronaut, she logged 700 hours in space, flew over 12 million miles, and orbited the earth 475 times. She was the first female assigned to a military combat flight crew while serving in the U.S. Navy.

Navy with more 35 years of service. Poppy Northcutt served as the first female mission control engineer when NASA made history with its mission to the moon. When the crew of Apollo 13 became stranded in their service module, it was her team’s calculations that brought them home safely – a feat of heroism that earned the entire mission operations a Presidential Medal of Freedom Team Award.

Sky Princess Captain Heikki Laakkonen also recognized two Sky Princess female officers who embody the Reach for the Sky theme, striving for success in leadership positions –Kerry Ann Wright, who started working in the cruise industry as a spa technician and went back to school to rise through the ranks to become a Second Officer working on the bridge; and Chief Security Officer Susan Morgan, who is the longest serving woman in the British Royal Navy.

Additional women of NASA recognized for their unwavering quest to Reach for the Sky in a tribute video, included:

The ceremony featured star-studded entertainment adding to the exciting bottle break moment, including Princess Cruises Celebrations Ambassador and Love Boat actress Jill Whelan, serving as ceremony co-host with Sky Princess Cruise Director Alexander Yepremian; and a performance of Dream On from America’s Got Talent Alum Brian Justin Crum. The finale of the naming ceremony included a performance of This is Me from The Greatest Showman and featured in the cruise line’s new production show Rock Opera.

Sky Princess, recently completed her inaugural season in Europe and is now sailing on voyages to the Caribbean through spring 2020. Representing an evolution of the design platform used for her sister Royal-Class ships – Regal Princess, Royal Princess and Majestic Princess – the 143,700-ton, 3,660-guest Sky Princess offers an elevation of spectacular style and elegance that Princess is known for, in addition to new distinct features.

The debut of Sky Princess marks the first MedallionClass new build. Powered by the OceanMedallion, the global hospitality industry’s most advanced wearable device, MedallionClass vacations deliver a new level of service for a vacation that is more seamless, effortless and personalized. Considered a breakthrough in the vacation industry and a CES 2019 Innovation Award Honoree, the complimentary OceanMedallion features leading-edge technology that delivers personalized service through enhanced guest-crew interactions, while eliminating friction points and enabling interactive entertainment.

The Princess Cruises fleet continues to expand with Enchanted Princess in June 2020, Discovery Princess in November 2021 and two new (LNG) ships in 2023 and 2025.