While the cruise industry in the United States seems to be getting nowhere, the UK’s situation is looking much more positive. Domestic cruises will be allowed from May 17, and now a new traffic lights system has been introduced that will soon allow international cruises from the UK.

Domestic cruising is not opening until May 17, but the UK is already steaming full speed ahead on getting international cruising back open too. It’s looking like the UK cruise industry could be among the first to fully reopen by the summer.

A new 20-page report by the UK’s Global Travel Taskforce sets out a new framework for reopening international travel, including cruises no earlier than May 17. This will be done using a new traffic light system. As mentioned in the report, the government is committed to the sector making a comeback using analytic data and a risk-based approach.

“In February, the Prime Minister asked me to develop the framework for a safe and sustainable return to non-essential international travel when the time is right. This report, produced by the Global Travel Taskforce, which brings together the UK government and industry, sets out how we can achieve that goal.”

Compared to the CDC, the UK is remaining open-minded on resuming cruises. Once UK domestic cruises open, the task force will follow closely as it could impact when international cruising opens back up. Travelers will also no longer need to fill out a permission form for international travel.

The first GTT report recognised the significant progress made by the cruise sector over the last year to develop COVID-19 operating procedures. The Department for Transport subsequently published a phased risk-based approach to restarting the cruise sector. Since then, much has changed, including our knowledge, understanding and response to mitigating risks of the virus. The UK government has confirmed that domestic cruises will restart in England no earlier than 17 May.

The government will implement a new traffic light system to identify if a destination is safe to visit or not. This applies to all travel industries, including cruises. The system aims to protect the public and any new variants of the virus. Different measures will be activated depending if a country is in green, amber, or red as follows:

The Department of Transport also says travelers should purchase quarantine packages before traveling if returning from a country that is on the red list. Those traveling to counties on the amber or green list will need to book test packages from an approved list.

By early May, the government will release which countries are red, amber, or green in preparation for allowing international travel sometime from May 17.

We’ve seen cruises already in the Canary Islands, some parts of Europe, and Singapore, but the UK will be the first major cruise industry to reopen fully. At the beginning of 2021, the situation was not so good, and the Department of Transport was a pretty hush on the situation.

Worth Reading: Calls For Caution Ahead Of UK Cruise Restart

Now, we’re in a completely different situation with the vaccines’ successful rollout, and a new framework for an industry hit hard by the global pandemic. The Department of Transport has been engaging with all the travel industry sectors, including Carnival, MSC, Viking Cruises, Ports, and Cruise Lines International Association in coming up with the new guidelines.

It’s been made clear who is running the show and getting travel back open along with what’s being done to complete this safely. Multiple cruise lines have already announced plans for domestic cruising this summer, which will help the UK’s cruise industry make a comeback.

Also Read: Why Florida Needs to Fight for Cruises to Resume

The United States situation is a lot different with the U.S. Centers for Disease Control remaining firm on its Conditional Sailing Order and releasing outdated technical instructions. Many cruise lines there are looking at alternative homeports, with some even choosing the UK. 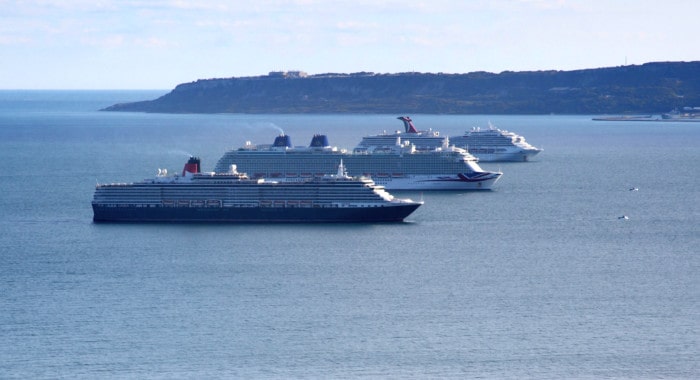 PrevPreviousRoyal Caribbean Group CEO shares hopeful message for end of cruise industry shutdown in the U.S.
NextAlaska Might Sue the CDC if No Positive Dialogue This WeekNext
Menu
Copyright © 2021 BoatMyWay.com | Powered by BoatMyWay.com