It hasn’t been a good week for the cruise industry in the U.S. as cruise ships remain on hold and more blocks on resuming operations, but there is some good news out there!

It’s just another hectic week in the cruise industry and even though cruise lines remain suspended in the U.S. there is still plenty of news going on. We’ve got the latest on the CRUISE Act being blocked in the Senate and Alaska joining the lawsuit with Florida to sue the CDC.

A new video was released by Carnival Cruise Line about how LNG powers its new vessels, latest on Royal Caribbean’s Wonder of the Seas, AIDA is set to begin cruises from Greece and what a surprise, another new homeport for MSC Cruises.

Let’s start with the CRUISE Act which is the short name for the Careful Resumption Under Improved Safety Enhancements Act. Well, it has been blocked in the senate which pretty much brings the bill to a standstill and to the anger of Senators Rick Scott, Dan Sullivan, and Marco Rubio who introduced the bill to get cruising going again after being on hold for more than a year including their states of Alaska and Florida.

There was an objection from Sen. Patty Murray of Washington State, and she mentioned that cruise ships require a specific focus and protocols in place following the issues cruise ships had at the start of the pandemic. She went on to say that she would continue to work with the CDC and administration to develop their next phase of cruise guidance.

Senators Sullivan and Scott did respond to the objection and heavily criticized the CDC. In fact, Senator Sullivan said that the CDC is dragging its feet on allowing cruises to resume and his team has not had a good outcome from their meetings with the CDC director.

Alaska Joins Lawsuit Against the CDC

The Governor of Alaska announced this week he would be joining Governor DeSantis of Florida in the lawsuit against the Centers for Disease Control (CDC) and the administration. The cruise industry has traditionally played a significant role in Alaska’s economy, as it does for the economy of Florida.

The announcement from Governor Mike Dunleavy that the state of Alaska will join the lawsuit that Florida has started against the CDC and the Federal Government comes when cruising worldwide is making a restart, while the industry is at a complete standstill in the US.

The lawsuit states that the shutdown of the cruise industry through the Conditional Sailing Order goes well beyond the scope and legal authority of the CDC. According to Mike Dunleavy, the Order fails to recognize the safety measures the cruise industry is proposing.

As the cruise industry has proven time and again, it is vital to the economic health of Alaska and other states in the United States. According to Dunleavy, the losses are mounting, and so far, there seems to be no way out which has lead to the lawsuit.

Whether the lawsuit is successful remains to be seen, a lot is going on at the moment between the cruise industry and the CDC, so do keep checking for all the latest developments.

It has been exciting for Royal Caribbean recently as the cruise line opens up bookings for the much-anticipated Wonder of the Seas which is currently under construction in France. The vessel will be based out of Shanghai and Hong Kong in China in 2022 and offer 4- to 9-night itineraries in Asia. Cruises out of Shanghai will take place between March and November 2022 with round-trip sailings to Japan.

From November 2022 through January 2023, Wonder of the Seas will sail out of Hong Kong, offering Christmas and New Year sailings.

At the same time Royal Caribbean announced that bookings are now open, the cruise line listed the different neighborhoods that all the Oasis-class vessels feature. However, for Wonder of the Seas, she will have a new Suite Neighborhood.

The suite section provides a more private area just for guests booked in suites. The Suite neighborhood includes world-class dining a new sun deck for unparalleled ocean views, a private lounge and restaurant, and much more.

Once Wonder of the Seas is delivered from the shipyard to Royal Caribbean in 2022 she will become the new world’s largest cruise ship at over 236,000 gross tons and have a guest capacity of up to 6,988.

AIDA to begin Cruises From Greece

While AIDA has been eager to start cruising throughout the pandemic, the line was unlucky in many cases, with lockdowns happening before each planned restart.

The line has now decided to send AIDAblu to the Greek Islands. Last year, AIDAblu was already momentarily stationed in Italy in October, but the voyages had to be halted after a short time in operation.

So the vessel will start cruising the Greek Islands from May 23, 2021. The line has scheduled 23 different cruises from that time onwards, which have been on sale since April 20, 2021. The Greek island Corfu will act as the homeport for embarking and disembarking the vessel. Guests have the opportunity to book a 14-day back-to-back cruise as well.

Voyages in Greece have, as of yet, not been declared to have a vaccination mandate, like other cruise lines have done. However, the cruises will include AIDA’s health and hygiene concept. This includes a mandatory PCR test before arrival, regular health checks, medical care including testing capacities on board, and much more.

To coincide with Earth Day, Carnival Cruise Line released a new video that details how two of its vessels are powered by Liquified Natural Gas (LNG). The groundbreaking eco-friendly fuel is a growing trend for new cruise ships, including the new Mardi Gras and Carnival Celebration.

The new Mardi Gras is the first Excel-class in the fleet, and once she does finally begin cruises later in the year, she will be powered by the eco-friendly fuel. The same goes for the sister ship Carnival Celebration which joins the fleet in 2022.

The cruise line has worked closely with the Meyer Turku shipyard in Finland, its energy partner Shell, and homeports the two ships will be sailing from. In fact, Carnival is the first cruise line to bring LNG to North America.

The new video released by the Miami-based cruise line explains what LNG is all about and how it’s used to fuel cruise ships. It goes technical and covers engine designs, LNG propulsion, special systems, and more.

The cruise line is moving forward with the new LNG fuel, and its part of Carnival’s environmental efforts to reduce its footprint. The cruise line’s efforts also include reducing single-use plastics across the fleet, new initiatives, recycling, waste, and many more systems to help reduce the impact on the environment.

MSC to Cruise from Saudi Arabia

Through Cruise Saudi and Swiss-based MSC Cruises, Saudi Arabia signed an agreement this week for two of MSC’s ships to start sailing in Saudi Arabia.

The announcement follows a push from Saudi Arabia to involve itself in a modernization program while also heavily expanding its economic model and turning away from its primary source of income, Oil.

MSC Magnifica will be sailing in Saudi waters between November 2021 and March 2022. the Homeport will be Jeddah, one of the largest cities in Saudi Arabia and one of its cultural hotspots; from there the vessel will sail on seven-day Red Sea cruises.

MSC Cruises’ flagship MSC Virtuosa will be sailing on the other side of the country in the Persian Gulf. She will spend winter 2021 there from December to March 2022. Cruise Saudi and MSC expect to see up to 170,000 guests during 2021/2022.

So those were just some of the big stories from the week, we’ve got even more that’s worth catching up on including the Florida State Senate overturning Key West’s cruise ship limits, Odyssey of the Seas arriving into Israel for the first time, new travel advice for the Bahamas, Galveston prepares for summer cruises and a lot more.

Do take a look at last week’s cruise news update too. 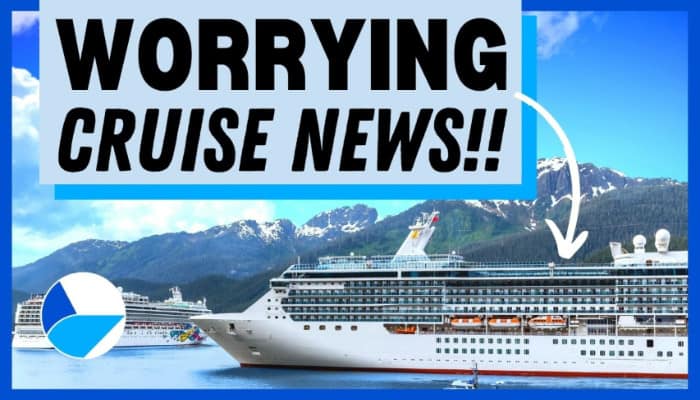