Although we’ve been seeing positive news from Europe for the last couple of days, it’s not all good news on the other side of our planet. P&O Australia has decided to postpone voyages further into the year.

The cruise line, which is a part of Carnival Corporation, has announced it will not be sailing on any voyages until June 18, 2021, bringing cruises in Australia to the start of the Southern winter cruise season.

This cancellation is just one more in a long list of cancellations we’ve seen down under in the last year. At the start of the year, the company had already decided to postpone all of its voyages to New Zealand while keeping options open for cruises earlier in the year. For now, it seems that these options have now been wiped off the table.

The company hopes the guests that have booked voyages and whose cruises are now affected by cancelations will stick with the cruise line through these difficult times. President and CEO Sture Myrmell commented in a press release from the Sydney based company this morning:

“While we are becoming increasingly confident in the restart of cruising in Australia, we are continuing with the realistic and pragmatic approach we have adopted previously. We know from our contact with guests and through our social media channels, they, like us, can’t wait to be cruising again and our crew can’t wait to again be delivering exceptional cruise holiday experiences. We once again thank our guests for their patience and understanding and for their unwavering loyalty to Australia’s homegrown cruise line.”

The cruise line expects to launch two newly acquired vessels this year; however, these have been delayed several times now. Pacific Encounter, which will be homeporting in Brisbane, is the former 109,000 gross ton Star Princess, taken over from Princess cruises only last year. She was due to be sailing on May 7, 2021.

Pacific Adventure will be homeporting in Sydney. She is the 2600 passenger sister ship to Grand Princess. Pacific Adventure was supposed to start sailing On April 30 this year. The third vessel in the P&O Australia fleet is the Pacific Explorer, formerly knows as Dawn Princess, which will not be sailing until July 30.

New Dates- But Will They Happen?

P&O Cruises has set the new date for cruises leaving from Australia as of June 19. The first vessel to be sailing on that date will be the newly acquired Pacific Encounter, sailing on an eight-day voyage to Cairns and the Great Barrier Reef.

Pacific Adventure will be sailing on a 4-day voyage from Sydney on June 24 to Moreton Island, with sea days on either side of that.

The country is still struggling with the pandemic, and nothing much has changed in that respect for the Australian government. Whether or not that same government will be allowing cruising in the near future remains a mystery. 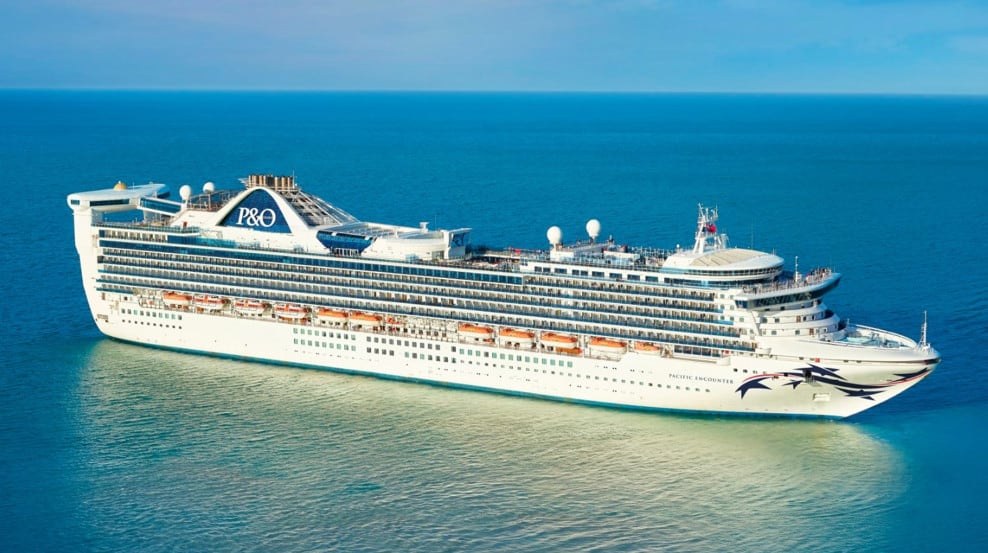