While we believe that there is no such thing as a “bad” stateroom on a cruise ship, there are some cabins that are less desirable due to their location.  Since we want you to have the best cruise possible, here are some cabin locations that you may want to avoid. 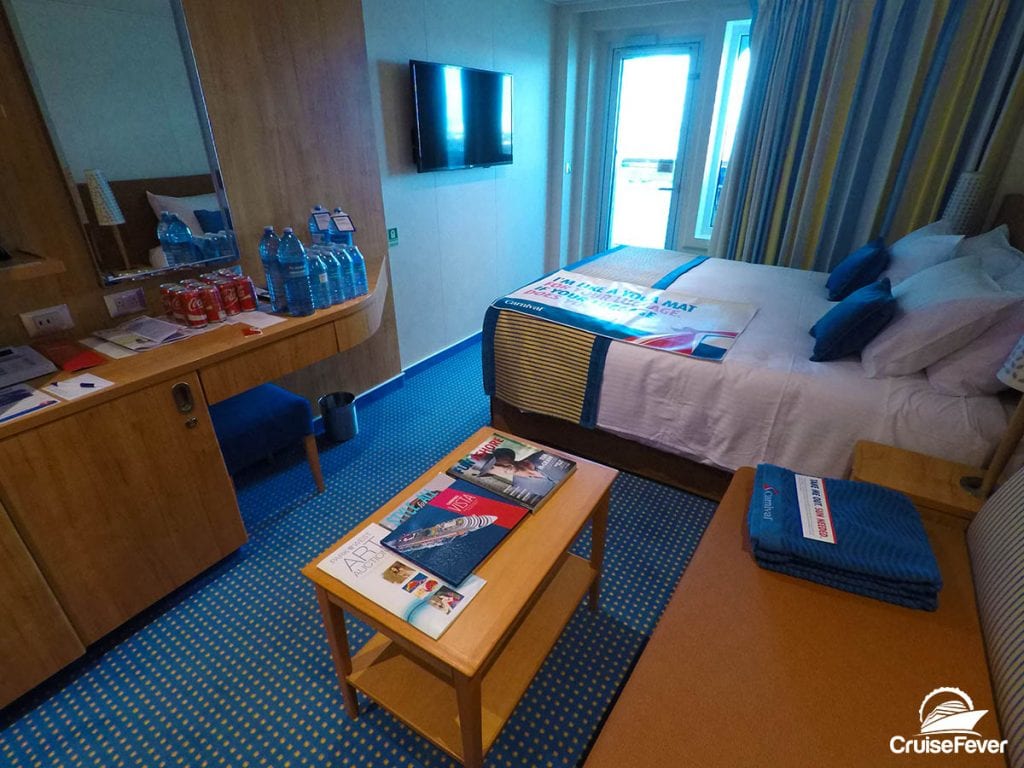 Cabins directly above or below clubs – Unless you plan on heading to your cabin after 1 a.m. each night for sleep, you should try to avoid cabins that are directly over or below the ship’s clubs and bars.  The bass of the subwoofers in the clubs can easily be heard in these staterooms, and I have read many complaints from cruisers wishing they had booked a cabin in a different area of the ship.

If you are an early to bed, early to rise cruiser, stay away from cabins that are located directly above the loud, noisy clubs where DJs spin beats late into the night.

If you enjoy sleeping in on sea days, avoid cabins that are located directly below where the loungers will be on the lido deck.

Adjoining cabins – Adjoining cabins are great for larger families as most staterooms only hold a maximum of 4-5 passengers.  However, due to the extra door between the cabins, you can often hear conversations from louder neighbors in the adjoining cabin next to you.

The door is not as soundproof as the walls are so you will hear extra noise if you book one of these cabins.

Cabins near arcades/kids clubs – This will not be an issue with most newer ships as the arcades and kids clubs are now usually located away from staterooms.  However on a few older ships, the arcade and youth academy are surrounded by cabins.

Because of this, you will have a greater number of kids walking/running by your cabin.  While I have no problem with children on cruises, they tend to be overly excited (who can blame them) and these cabins will hear more outside noise than cabins in other parts of the ship.

What cabins are best?  Personally, I’d sleep in the broom closet if it meant I’d be on a cruise.  However, cabins that have cabins directly above and below them are generally the quietest.  Cabins that are located midship will also feel less movement than aft cabins and cabins near the bow.