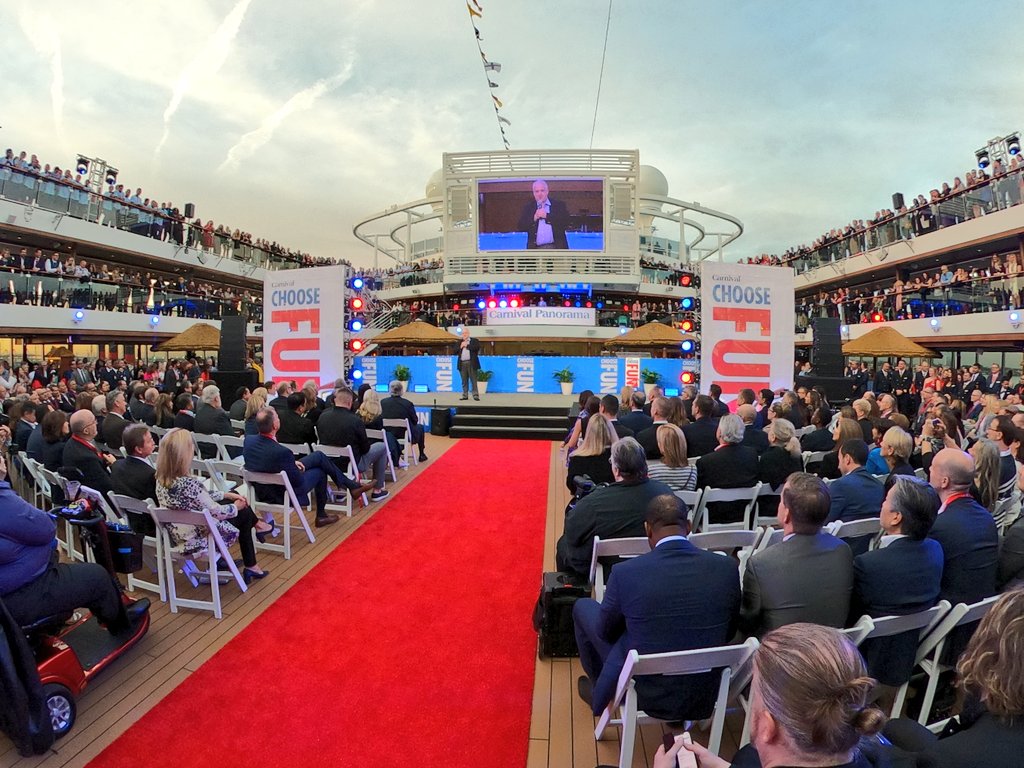 Wheel of Fortune’s Vanna White served as the cruise ship’s godmother. Carnival Panorama is Carnival’s first new ship to debut on the West Coast in 20 years.

White delivered poignant comments during which she spoke about her love of cruising and the commitment she shares with Carnival Cruise Line to St. Jude Children’s Research Hospital, as well as the cruise line’s relationship with Wheel of Fortune, which she has co-hosted for the past 37 years.

Then, in a nod to her role on Wheel of Fortune, America’s Game, White turned a series of letters spelling out PANORAMA that triggered the release of a bottle of Moet champagne to officially name the ship.

Joining Carnival President Christine Duffy at the ribbon cutting were Carnival’s team of “Culinary All Stars” including Guy Fieri whose Burger Joint and Smokehouse Brewhouse are featured on Carnival Panorama, as well as Emeril Lagasse and Rudi Sodamin, who each will have new restaurants, Emeril’s Bistro 1396 and Rudi’s Seagrill, respectively, on the new Mardi Gras when it debuts next year.

The grand opening of the first Sky Zone trampoline park at sea was celebrated with Duffy and Sky Zone CEO Jeff Platt cutting the ribbon followed by the first participants checking out the high-flying action within the two-level, 3,000-square-foot facility.

The day included a return of the Carnival AirShip, a 128-foot-long blimp emblazoned with the line’s Choose Fun tag line and concluded with a massive fireworks display that lit up the Long Beach sky.