Royal Caribbean is expanding cruises from Galveston, Texas with a $100 million new cruise terminal and the cruise line will be sending an Oasis class ship to homeport in Texas for the first time. 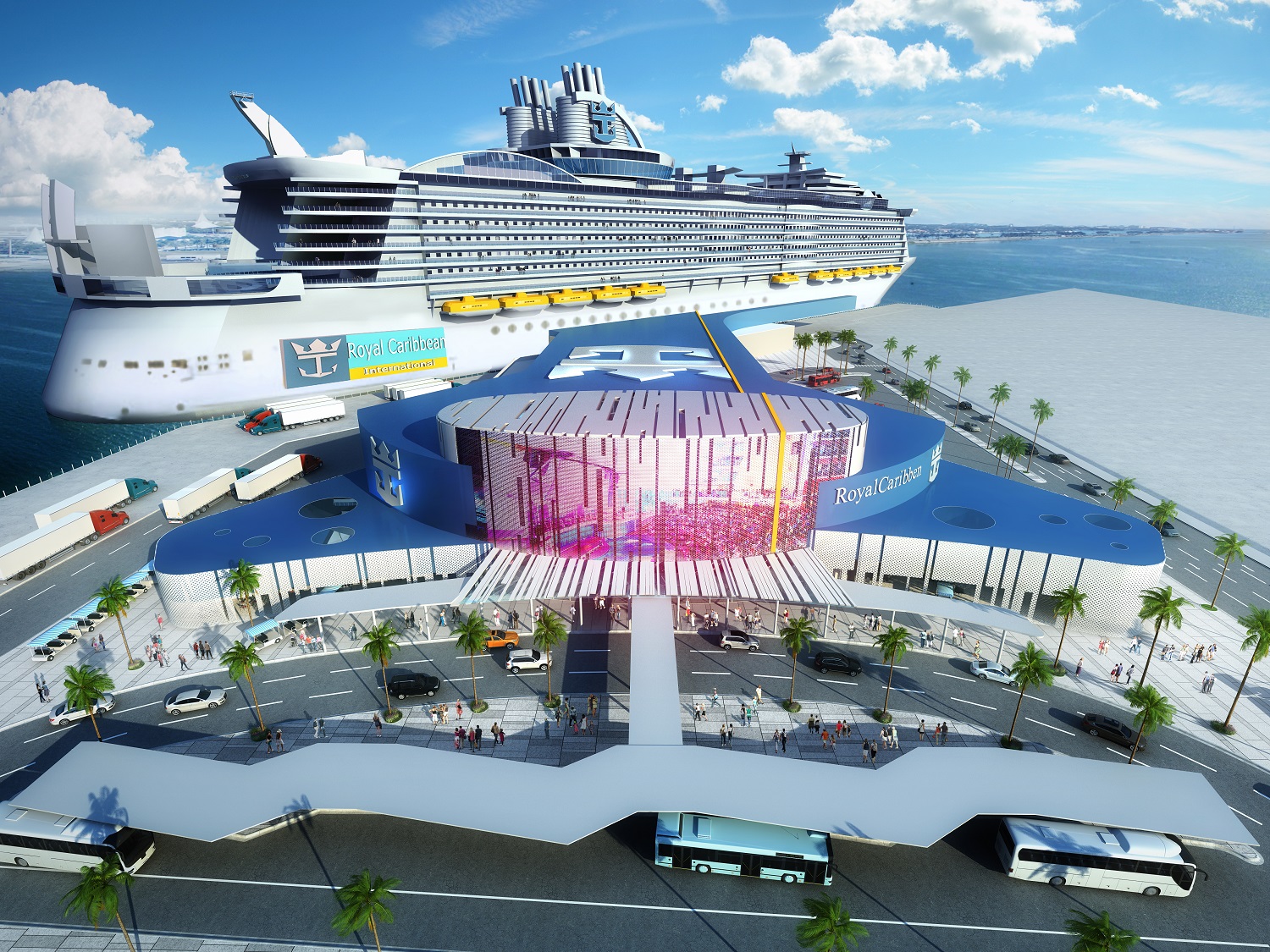 he Port of Galveston, the fourth most active cruise port in North America, has signed a long-term contract with Royal Caribbean Cruises Ltd. for a new $100 million cruise terminal. Through the public-private partnership, the cruise line will build the terminal, then lease it from the port for an initial term of 20 years, with four 10-year extension options.

The two-story terminal will have a footprint of approximately 170,000 square feet on 10 acres in the eastern section of the port known as Pier 10. Construction is expected to begin in April 2020.

Anticipated to open in fall 2021, the facility will feature state-of-the-art technology, including mobile check-in and facial recognition to expedite guest arrival. The terminal will be designed and developed sustainably to meet LEED (Leadership in Energy and Environmental) certification standards.

Improvements to the pier bulkhead and apron will be made to safely accommodate the cruise line’s largest vessels. In addition, a staging and loading area, bus and taxi staging areas and substantial parking will be constructed.

The port will be responsible for items including maintenance, parking, and improvements to the dock so that it can accommodate the larger vessels. RCL will contribute to the cost of improving the docks.

The port began its successful partnership with RCL in 2002 with the inaugural sailing of Rhapsody of the Seas. Currently, the port is home to Enchantment of the Seas and Liberty of the Seas, the largest cruise ship in the state of Texas.

In November 2021, the newly completed terminal will welcome one of the largest cruise ships in the world, Allure of the Seas. Following her $165 million amplification, Allure will pump up the adventure with the addition of the Ultimate Abyss, the tallest slide at sea that touts a 10-story plunge; The Perfect Storm, a thrilling trio of multistory waterslides; and an array of culinary possibilities with more restaurants, including the introduction of Giovanni’s Italian Kitchen & Wine Bar and returning favorites Playmakers Sports Bar & Arcade and El Loco Fresh; and more.

Allure of the Seas will sail 7-night Caribbean itineraries from Galveston and will be the biggest and boldest ship sailing form the Lone Star state.